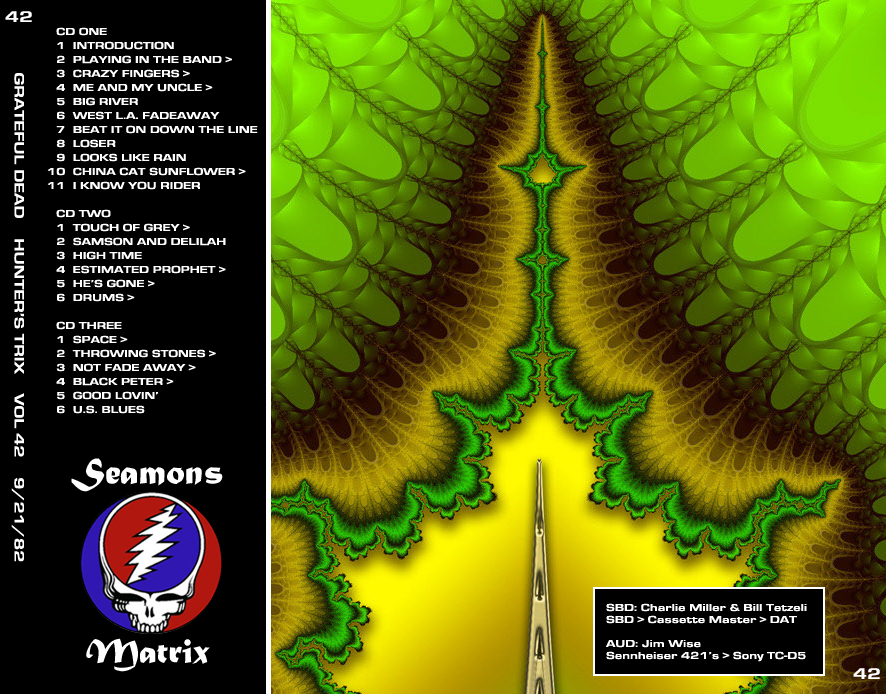 Playing In The Band ->
Crazy Fingers ->
Me And My Uncle ->
Big River
West L.A. Fadeaway
Beat It On Down The Line
Loser
Looks Like Rain
China Cat Sunflower ->
I Know You Rider

All Transfers and Mastering By Charlie Miller
charliemiller87@earthlink.net
April 3, 2006

1) Fades were used to create a continuous AUD track. One brief cut in the AUD near the end of He's Gone.

Anyway not bad at all, in fact i love it, a nice slice of of the emotional kaleidoscope that the dead bring us. I think it is interesting to note the predominance of the sad; I did bit of research and can't find any deaths, or other abnormal sad things going on in dead history at this time. I am probably missing something though...